Creative Director
Close
HomeAboutWorkBlogConNECT
Back to MY Journal
Fashion

I camp believe it!

f you don't have a social network addiction, you may have missed the 71st Annual Met Gala. This has been my favorite fashion holiday since 2014, when Rihanna served us the Skin-Is-In theme, wearing a custom pure white two-piece dress by Stella McCartney. Being the biggest fashion event of the year, expectations for execution are very high. I will admit I was disappointed in most of the ensembles following Lady Gaga’s amazing four-part entrance. I was worried that I was going to have to cancel this year's gathering due to attendees not adhering to the theme. Before I could drown in pessimism, Lupita breathed new life into the night with her Versace Fantasy.  Let's see who else made Marcus Styles’ List of Styles at the 2019 Met Gala!

The Met Gala formally called the Costume Institute Gala, and also known as the Met Ball, is an annual fundraising gala for the benefit of the Metropolitan Museum of Art's Costume Institute in New York City. It marks the opening of the Costume Institute's annual fashion exhibit. In honor of each year's exhibit, attendees must follow a theme, as well as one key requirement: Dress to Impress.

This year's theme is Camp, and who better to host than the campiest artist of all? For those who may be wondering, Camp is an aesthetic style and sensibility that regards something as appealing because of its bad taste and ironic value. In English, this translates to very bold, explosive, and unique statements. Making her grand entrance, trendsetter Lady Gaga was escorted down the pink carpet to her rightful throne. Before resting her feet, she crafted a unique experience for each of her four layers. Gaga took her first few steps in a hot pink baby doll dress created by David Maxwell, accompanied by her umbrella entourage. Like the butterfly she is, Gaga emerged from her Barbie cocoon wearing a very sleek and poofy black dress. Before we could label her "basic" for wearing a black dress to the Met, she revealed another hot pink layer. This cylindrical dress is obviously inspired by her 2008 hit single Poparazzi. Finally, she completed her look with a sequin bikini and fishnets with glitter platform boots. Beginning the event with a Russian doll dress was one of the best things that could’ve happened monday night. Lady Gaga has outdone herself and made it onto my List of Styles at the 2019 Met Gala.

Next in line is the Teenage Dream herself, Katy Perry. She is a consistent attendee who tackles each year's theme with eccentric style. The enthusiastic Perry set foot onto the pink carpet in a diamond-studded chandelier bodycon dress. The designer of this outfit is the innovative Jeremy Scott, who is well known for stealing the night away with his unconventional designs. This marks Perry and Jeremy Scott’s fourth collaboration to meet the Met pink carpet. Jeremy Scott may not own the Met Gala, but he is definitely in his element when designing pieces for expressive artists like Katy Perry.

OFF WITH JAred's HEAD

For his return to the annual Met Gala, he walketh with more than just wigs in hand. Jared Leto is the showstopper making a statement about our personal viewpoints on gender, rocking his own decapitated head as a clutch. An Oscar winner, he is well known for his very masculine roles in movies like The Outsider, Suicide Squad, or Blade Runner 2049. It was refreshing to see him take us into the future of fashion by rocking a red silk evening gown complemented by a diamond-encrusted bodice. Alessandro Michele is the creative director of Gucci, a brand that continues to push gender-neutral looks onto the runway, which is fitting considering they're a sponsor for the Met Gala. This outfit is the perfect allegory for this year's pink carpet. Welcome to my List of Styles.

Quiet everyone, Bonnie and Clyde have arrived, dressed and pressed in their Sunday best. Drawing his Met Gala suit four months ago, Kerby Jean-Raymond pays homage to the black community and drag queens with two custom lyric zoots, paired with gators created by Dominic Ciambrone. Where do I begin? Do we discuss the stripes made of lyrics of Nipsey Hussle, Tupac, Jay Z, Nas, Drake, Meek Mill, J. Cole and Kendrick Lamar, or do we discuss the modernization of the blazer? I am still stunned by the immense detail in the stripes, the faces as buttons, the “Black Queens Invented Camp” and “fix your credit, pool money, buy back the block.” statements. I literally have no words other than the fact that Kerby Jean-Raymond outdid himself with this urban-meets-classy attire.

Wearing a Balmain hand-beaded suit weighing in at 13 pounds, is Darren Criss. Olivier - Creative Director of Balmains - never fails to drop my jaw. If you cannot tell, I am a part of the #balmainarmy and loved the Kardashian x Met Gala 2016 with all of my being. What I enjoy most about Balmain is how much they pay homage to Spanish fashion. Take a moment to appreciate the hand-beaded tail blazer, the bow tie (literally), futuristic makeup, chelsea boots. It’s as if Darren Criss wants to marry me. I would definitely say "yes" to any man dressed with such poise and detail.

Golden Afro, fluorescent rainbow Versace gown, and radically idiosyncratic beauty are all words to describe the divine Lupita Nyong'o. How could you not stare at the image for hours? She came down from the clouds, honoring the LGBTQ community, drag queens, and the black community in a meshed star dress with wings. I wish I could show you the crying gif that describes how this makes me feel. I am not a maximalist, but if I was, I would rock something like this. Thank you, Lupita Nyong'o, for unleashing your inner Unicorn.

Her Beauty is undeniable, her creativity is inspirational, her fashion is ICONIC. There were so many looks, but this is the second-best outfit of the entire night. Monáe slayed a Christian Siriano innovative design that was pure art. If this eye-catching dress didn’t make your list, know it deserves a spot on the List of Styles!

THE GARDEN OF CARDI B

Welcoming us into her ruby garden is Eden herself, ranking herself on top as the #1 look of the night. Every year there is one designer and celebrity who takes the concept above and beyond what anyone can imagine. I don’t need to tell you Cardi B is on my List of Styles because she will tell you herself. She will also mention her ruby nipples, embroidered vagina, and most importantly her snatched silhouette. This ladies and gentlemen is how you execute a Met Gala theme.

The 2019 Met Gala was on its way to being a disaster this year, but these are a few people who helped save the night. Camp isn’t an easy concept to grasp and I am so happy with the people who were able to really make it come to life. For those who didn't, we will discuss that soon in a much more lengthy post. Until then, bask in the glory of these beautiful, avante-garde attendees. 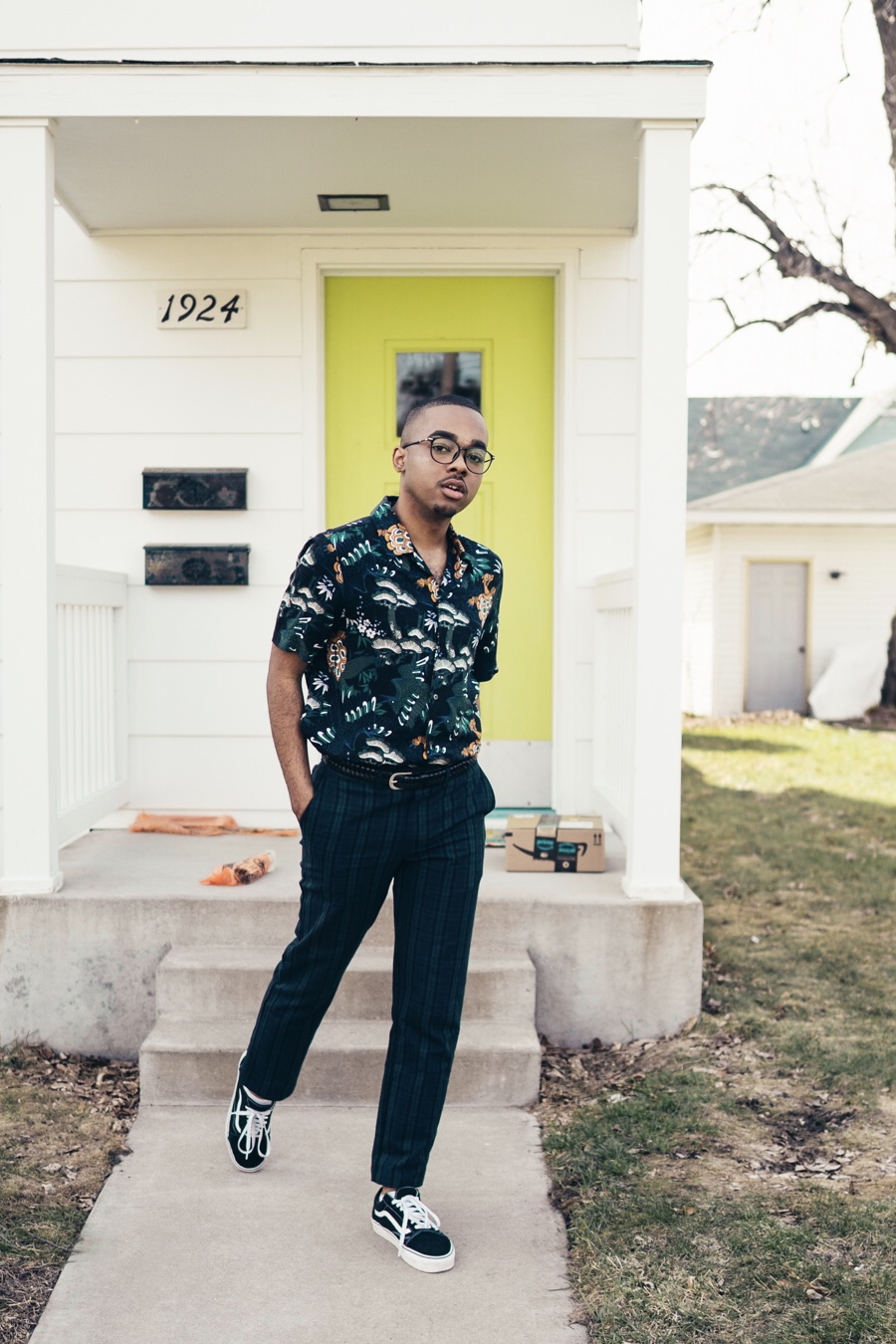 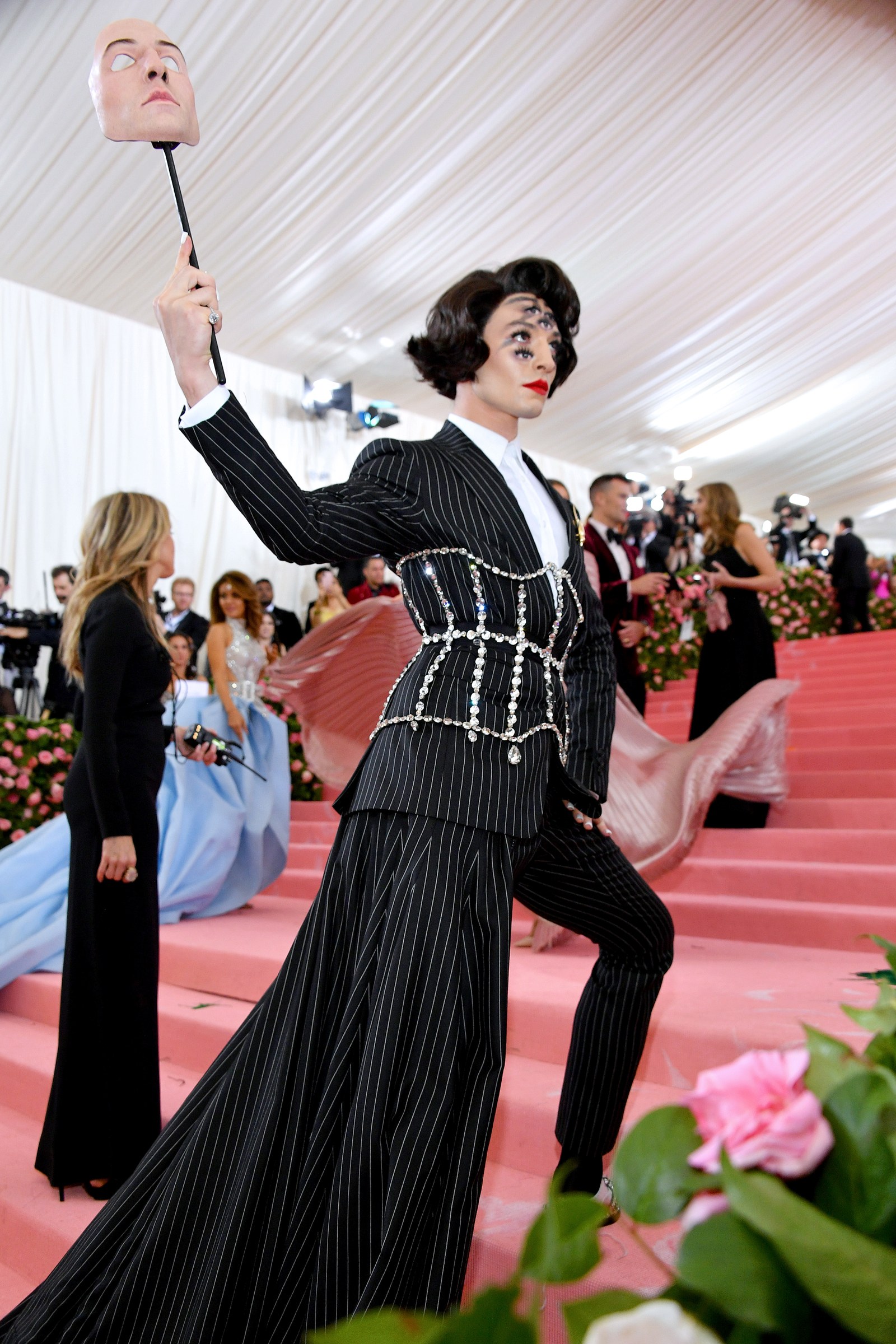 I camp believe it!

If you don't have a social network addiction, you may have missed the 71st Annual Met Gala. Let's see who else made Marcus Styles’ List of Styles at the 2019 Met Gala! 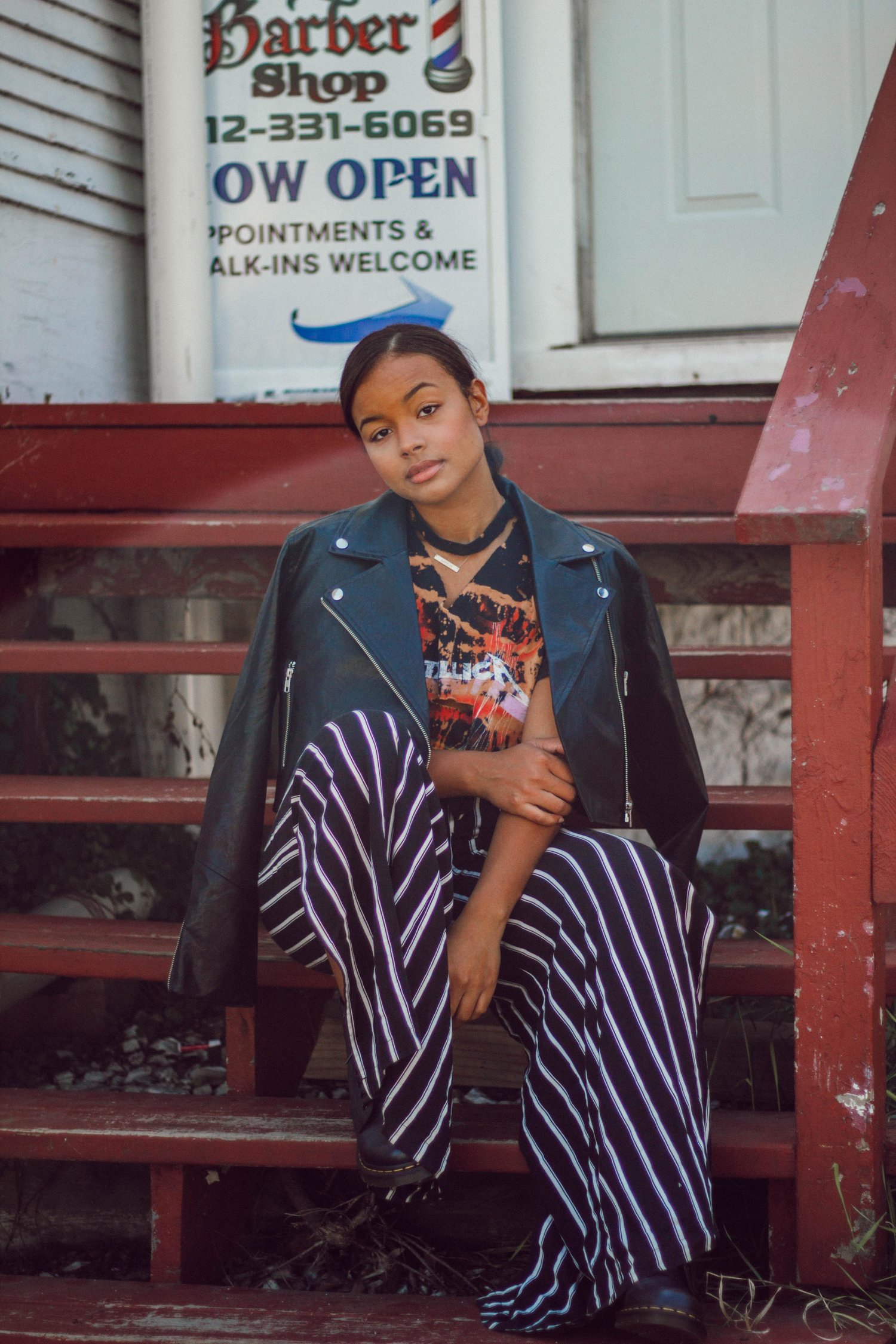 In Their Element: Sabrina Adams

No one could have guessed that four years later, that one compliment was the best decisions of my career. I met Sabrina at a fashion show 4 years ago and fast forward to a year after meeting she became my very first client as a graphic designer. I cannot believe how much she has excelled and flourished since the day I’ve met her.