ome along as I tell you a little story. 11 years ago, you may have remembered a wave that hit Minneapolis, or I should say an event that made headlines everywhere. With $500 in pocket, Sarah Edwards planned her first event, titled I AM Minneapolis. This critically acclaimed event celebrated current industry leaders at the beginning of their career. Are you surprised? It was genius!

Fast forward to 2018. She expanded into I AM Connected Studio which was a boutique agency that focused on experiential marketing. They planned events, managed campaigns and accounts for big brands around the city, and even posted job opportunities they found in the community.

Where were you when Some Great People launched? It was spring 2020, and I was working from home. After taking a 5-minute social media break I found myself watching all my friends posting about the same thing. At first, I was annoyed wondering why didn’t anyone call me about an event. Then I realized it wasn’t an event. I AM Connected Studio is rebranding and expanding their platform.

This was a joyous moment on social media because the community Sarah and her team have created was being celebrated on a bigger platform.

What is Some Great People? That’s a great question. SGP is a creative marketing agency that focuses on building thoughtful connections.

Yes, this is an agency run by Sarah Edwards, but I want to tell you Some Great People is more than just Sarah. You will find 5 other ladies on her team. Sophia Stewart, Grace McAvoy, Kourtney Lee, Kayla Donahue, and Ella Sophia. Their team is filled with genuine women with a passion to connect and build!

Accompanying the activation of their brand is a huge partnership with Rosedale Mall. When brainstorming how they wanted to launch, they decided it was only right to have a launch that encapsulated what they do best -- building community and connecting people. That’s where the Shared Space came from. This is the first partnership between Some Great People x Rosedale mall. This was a month-long building process that involved planning a week's worth of uplifting events. I want to take you on the journey I was invited to.

By day it was an unforgettable experiential pop-up located in the former J. Crew! By night It was a place where the vibrant community of Minneapolis activated. You would not believe how local this entire project was. Here are a couple of sponsors and brand found within the pop-up shop by day:

Prairie Organic is one of my favorite sponsors for SGP. Why? Because they have a great presence and tasteful product. Each event was served with their organic product why? Because the best moments happen organically (there marketing team is genius).

SGP told Studio Moss they wanted an installation that told a story and they delivered. Throughout the space you will find these 3 exploding books turning into cranes in the sky. It was a had to be there experience.

If you didn't know Rosedale Mall did a full rebrand and even did some construction. One of the new additions to the mall was Pot Luck which is a food hall that celebrates different type fo food. we were so lucky to get a bite of some of the cuisine found on the second floor of the mall.

Yes, SGP had a ball pit and yes this was my first time in a ball pit. No further questions!

SGP is notorious for their pop-up shops featuring local designers and boutiques. They kept me fueled with a free cup of Cameron Coffee as I had the honor of shopping with MX Apparel, Queenie & Pearl, Holistic CBD, Larissa London, and Goodwill. I even got a chance to connect with Ramadhan Design and talk about her new logo (created by Michaela Rae). Their signature pop-up shop gave local brands an opportunity to be recognized. SGP brings this unique flair for each event that cannot go unnoticed.

I was so thrilled to attend this event because it was not only the first panel, but the focus was on dissecting the usage of our platforms. The panel was led by Micheal Abata, a business and marketing strategist at Target. The panelists for this event were Vanessa McDuffie, PK Grant, and Jo Crosser Buckellow (left to right).

This event was immensely motivating because the panelists really got into why they are where they are and what it has caused them to do. Don’t get me wrong, they weren’t forced into this influencer role. Each panelist rather hit a breaking point that expanded the reach of the story they tell.

There is so much to tell from that hour-long panel discussion but I’ve highlighted some of my favorite questions and quotes for you:

How did you surround yourself with good?

“I had to build a task for myself, so that I could help other people. I had to be whole before I could do anything for someone else.”  - Vanessa Mcduffie

How did you filter the negativity?

“There are two things you can do. Ignore or educate.” - PK Grant

How big of a following do you need?

“If you have something to say, speak up because someone, somewhere is listening.” - PK Grant

This panel was a great reminder that influencers are just like us. They have problems, they struggle, they make mistakes.

THE GOOD, THE BAD, THE LEGAL

Some Great People raised the bar with The Good, The Bad, and The Legal. This panel brought influencers and a lawyer together for a conversation on the partnerships between influencers and business’. You would think this would’ve been a tough discussion, well you thought wrong. This panel was sponsored by Fredikson Law and featured Steve Holland of Fredrikson Law. A huge portion of this conversation was centered around navigating relationships as influencers and businesses. On the far left, you will find Aaron Kombo, food influencer and outstanding panel leader, Next to him you will find Claudia Camargo a fashion & lifestyle blogger, to her left you will find Steve Holland of Fredikson Law (Event Sponsor), and Carly Zucker from KFAN1003.

This may sound cliche, but I was insanely impressed with the questions asked in this discussion. Aaron Kombo asked the panelists a variety of questions streaming from brand partnerships and influencer marketing. Some of my favorite quotes from this discussion:

“My job is to build awareness, not sell a product.” - Carly Zucker

“You have to walk into a partnership strong.” - Claudia Camargo

"Just because it’s on the internet that doesn’t mean it’s free for people to repurpose.” - Steve Holland

Of course, SGP saved Social Media Gives Me Anxiety as their last panel discussion. Off the record, I didn’t know what to expect walking into this event. The panel was led by Doug Marshall, and featured Falen from KDWB, Holly Vansellow, and Jeff Aguy. What could go wrong? Nothing.

If you couldn’t make it to this panel, you seriously missed out on great motivation Monday quotes. This panel focused on mental health and how influencers in our community navigate social media. Which really puts things into perspective. Did you know influencers are people? This is something that occurred to me after this specific event. Influencers eat, sleep, and make mistakes just like we do. Here are some great points to illustrate this:

Falen and Holly spoke about their negative experiences. Falen talked about how she tries to make everyone who follows her feel noticed. If she cannot type a response she will at least like a message because it’s her way of showing appreciation for her followers. She has been challenged by trolls and negative comments under her photos.

Holly Vansellow shared a similar experience. If you’re a Big Brother fan, you may be familiar with Holly. She was considered as a cast member, but after negative feedback from the internet, she made the executive decision not to appear on the show. She was receiving a mix of different negative comments. In the past she struggled with an eating disorder, and this brought her back to that. After declining, some rehab, and social distancing, she has found herself in a better place.

After hearing these two stories, I cannot stress enough of how we need to think about how people are affected by the things we say. We do not have to be best friends but we do not need to go outside of our character to prove a point. People have this mentality that since we are online that their comment is anonymous. I want those of you who think like this to consider the mental health and well being of others. Influencers don’t ask for death threats or to be bullied. They have their own problems and it isn’t fair to dehumanize them because of their status online.

Jeff Aguy was a very unique panelist because his Instagram is private and he has a very hand-picked community. In response to the positive experience question, he told us about the fulfilling feeling he gets when people respond to the dishes he creates. Anyone who follows him knows he LOVES cooking.  He said that “You get to choose who you want to be, so curate it.” and I was so moved by this because he later said “You are enough, and everything else in your life is a plus”. I was sitting there speechless by the way he sees social media as a way to practice worthiness.

BRINGING HOPE TO THE TWIN CITIES

These events could not have come at a better time. Following the end of Social Media Gives Me Anxiety, came the news of the Share Space closing early because of COVID-19. The heartbreaking news was then followed by other events, small business, and solopreneurs (including myself) losing jobs and clients due to the pandemic. This has been a very emotional time for our community but, Some Great People have been using their platform for good by connecting you to local businesses and nonprofits who need your help. I am so thrilled to see them channeling the energy from their events into helping small businesses online. I enjoyed every last event and watching them tackle this pandemic head on has been refreshing. Thank you Some Great People, Minnesota needs you! 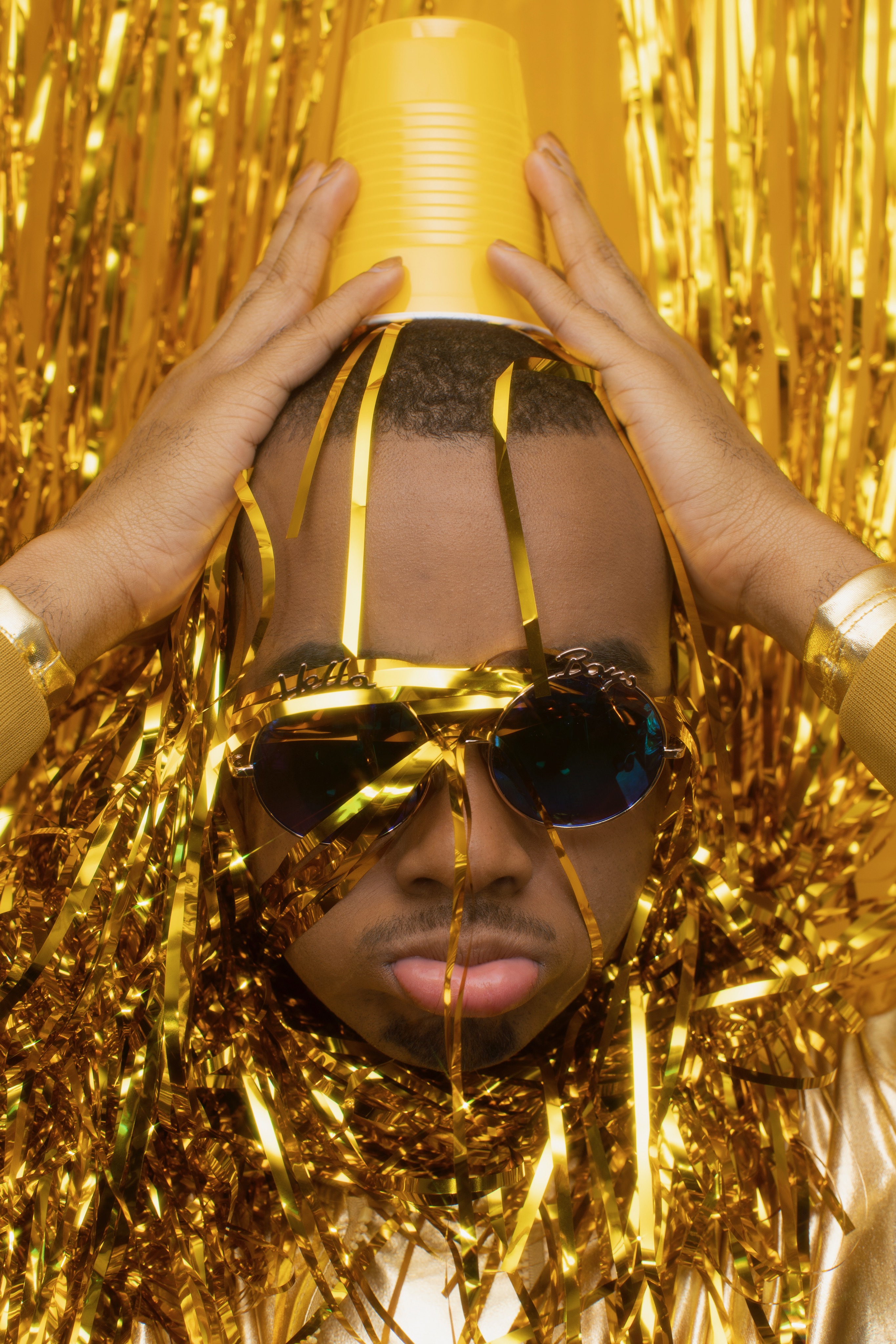 On February 1st I made an announcement that I am rebranding, and that didn't mean I was changing my brand drastically. I've been receiving constructive criticism about my brand being confusing and inconsistent. I wasn't taken aback by that because I had identified aspects of my brand that needed to be developed. Moving forward, my vision and look are the same but my website is updated, my work is stronger, my logo is at its peak, and I have evolved into my true form. I am finally taking ownership of my talents, and I chose this rebranding as a way to showcase my new state of mind. 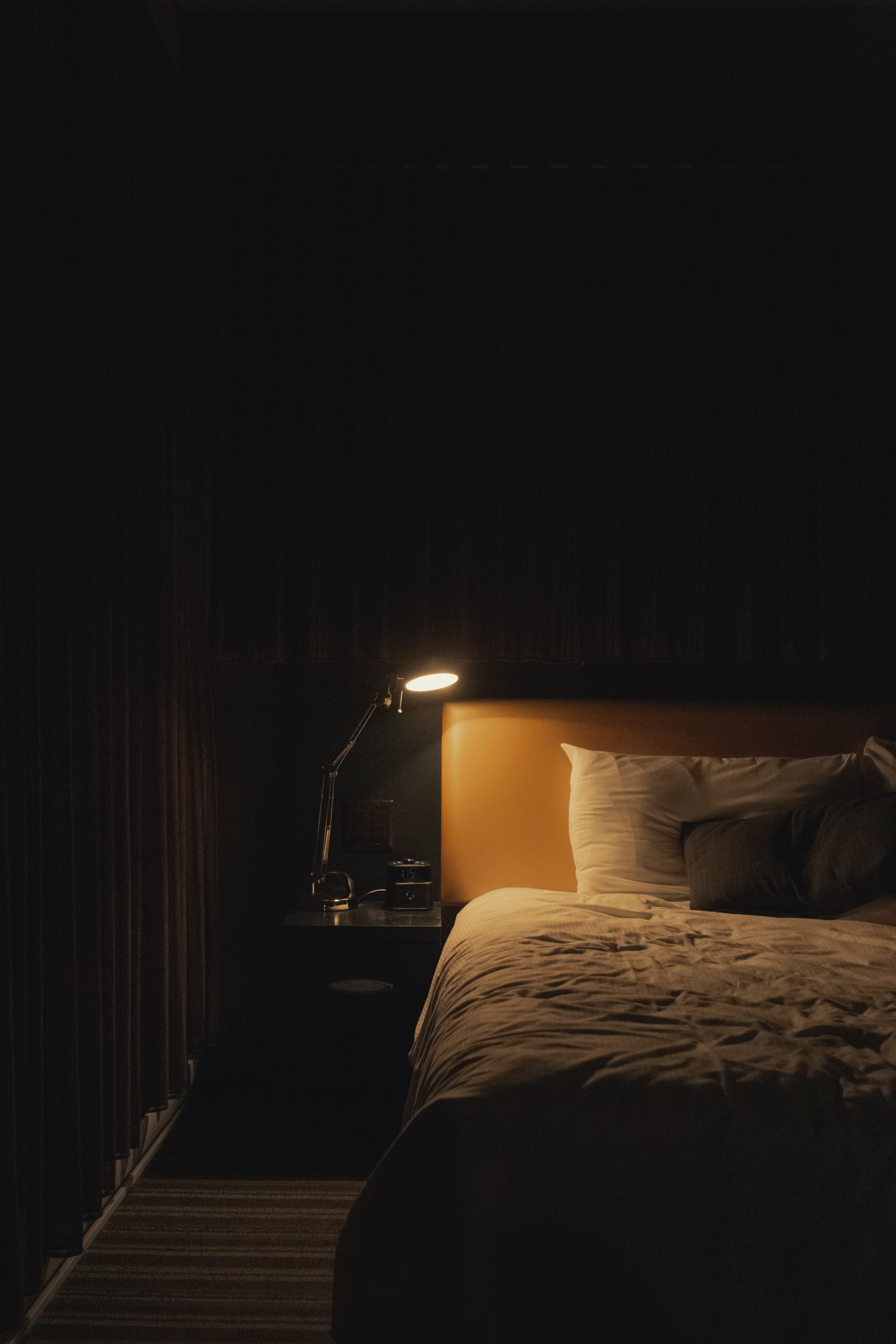 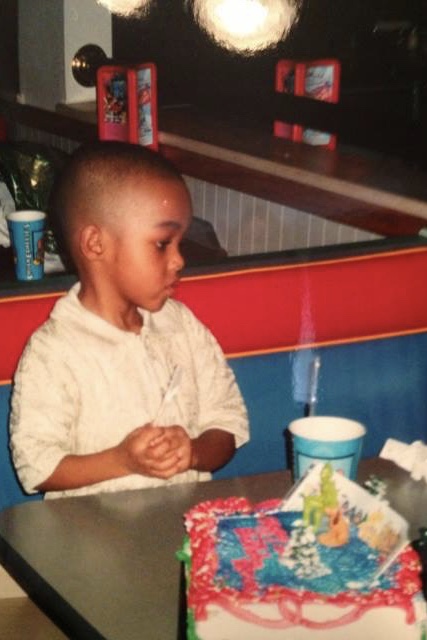